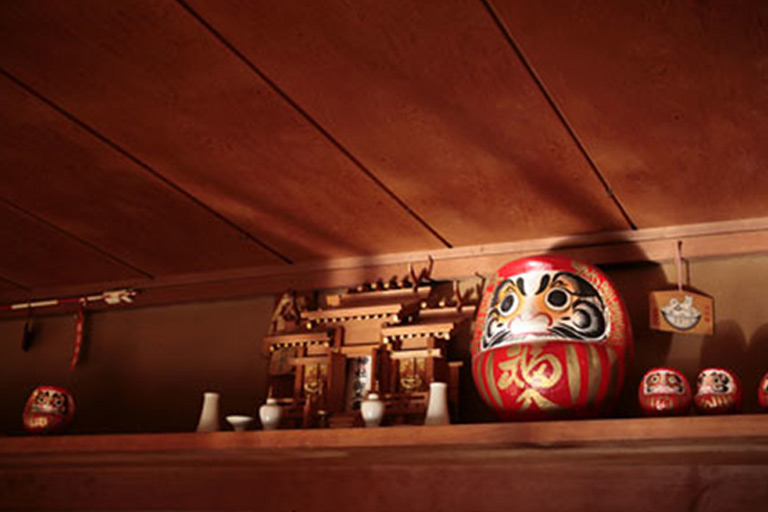 In general, sake signifies three different things to Japanese people. First, it’s an offering to the gods. Second, it’s something used to entertain people. Third, it’s used medicinally or as an analeptic.

This time, we’d like to talk about the relationship between sake and the gods. Your view of sake might change once you understand the relationship that Japanese people have with their sake.

What about ceremonies in Japan?

There are ceremonies in Japan for when a person has passed certain milestones in their life, to give thanks for a harvest or to wish for a successful harvest, as well as for prayers of safety. In all of these ceremonies, thanks and prayers are offered up to the gods.

In addition to ceremonies that go along with the different stages in one’s life, like celebratory events such as wedding ceremonies, there are also ceremonies for celebrations for age milestones and prayers to avoid disasters.

There is a ceremony called “kanreki” (cycle reset) to celebrate the milestone of hitting one’s 60th birthday. The name “cycle reset” comes from Japan’s unique sexagenary cycle completing one full cycle at 60 years, marking the “reset of the cycle.” It’s a ceremony celebrating longevity, as in the past, people who made it to 60 were considered to have lived considerably long lives.

There is a ceremony called “yakudoshi” (unlucky year) to help avoid disasters. The “unlucky year” ceremony is one in which prayers are offered up to rid oneself of any “unlucky” disasters that could potentially happen during years in which big changes are apt to occur in things like physical maturation or family structure. The ages differ slightly between men and women, and the ceremony will be held four to five times over the course of one’s life.

In Japan, it was thought that the natural products offered up by the sea and mountains each had their own respective gods dwelling within, as food was procured with a focus on agriculture through fishing and also hunting in mountains.

Particularly in rice cropping, where Japan’s staple food is cultivated, a great deal of labor is required until harvest. In the past, when convenient machinery was not available, the people living in that area had to band together to get all of the work done. This is why the people would hold festivals for solidarity, offering thanks to the gods while everyone enjoyed themselves.

Sake is a necessity of ceremonies

It’s said that sake began to be used at ceremonies for the following reasons:

Rice plants are taken in legend to be the most important of the sacred crops passed down from the gods. The sake made by fermenting the rice, the seed of this plant, is treated as a special drink that is offered up to gods.

An offering to the gods of land

Additionally, from old times, the most valuable items harvested from that ground have been offered to the gods to show thanks. Rice, the polished seed from the sacred plant passed down from the gods, was taken as the highest offering.

Even then, sake created through a variety of laborious processes, was taken as the most honorable gift given to nobility, and became an offering that was indispensable in festivals.

How sake is used in ceremonies

Offerings to the gods are also called “goshinsen” (ambrosia) and while there are differences in how they are used in shrines and festivals, rice, sake, salt, fish, vegetables and fruit are mainly used. This signifies thanks to the gods for allowing us to continue living through their blessings, as well as prayers for the receipt of continued blessings.

The food offered to the gods also carries the significance of giving thanks and entertaining them with a feast. Additionally, an important ceremony is one wherein people partake of the food offerings presented to the gods, allowing them to communicate with the gods through shared food and drink.

Sake is used in offering thanks and prayers to the gods. Ceremonies that use sake were held in the welcoming of new years, celebrations of longevity and when rejoicing over harvests. These ceremonies were taken as an important opportunity to communicate with the gods and further allowed for a deepening of the bonds of all present. For the Japanese, there’s a sacred significance to sake, making it different from other alcoholic drinks.