“Multitude of Flavors and Ingredients”

Ramen is a noodle soup dish with a combination of rich broth, noodles, and toppings to form a perfect trinity.

Japanese ramen’s origin traces back to the Chinese noodle soup dish Lamien. While the two dishes share similarities, what separates the two noodle dishes is its soup base. The Chinese Lamien soup is multi-functional, used to prepare a variety of dishes such as stir fry and braises. Japanese Ramen soup is singular, used exclusively for Ramen.

During the first half of the Showa era, Japanese Ramen shared a similar soup base as its Chinese predecessor. Gradually, Ramen chefs began to develop their own flavors and techniques to create what is known today as regional ramen that represent geographic origins using a distinct soup base and specialty noodles. This paved for regional ramen such as Hokkaido Ramen and Kyushu Ramen.  Further variations began to develop such as Kyushu Ramen into Hakata, Kurumeshi, and Kagoshima Ramen.

A ramen bowl’s base starts with a dashi (broth) made of primarily chicken, fish, or pork bone and flavors such as shoyu, miso, or salt. With the combination of various noodles sizes, textures, and shapes such as from gokubuto (extra-thick), hosomen (thin), and chijire (curled), a geographic region highlights its own combination of umami and depth of flavor.

Using ingredients such as chashu and menma, ramen presents creative topping combinations to highlight their geographical region.  An example includes a riff on the Hokkaido ramen where the soup and vegetables are stir fried in a wok before laid down on the noodles. Any bowl of ramen can include 7 to 8 different ingredients and upwards of 30 ingredients. The display of individual ingredients allows for an infusion of flavor and creativity, a defining culinary characteristic of Ramen. 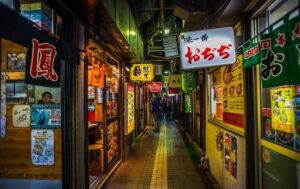 “The Significance of Hachioji Ramen”

Hachioji City, Tokyo, the hometown of our CEO Takaaki Koyama has a long history with their version of the perfect ramen. The “Hachioji Ramen” is closely connected to the community and has many unique features that separate it from other ramen all across the country.

So what makes Hachioji Ramen so special? You might ask.

It all comes down to perspective but according to the local ramen lovers and the ramen critic community, the “Noodles association, ” Hachioji Ramen is special because it has 3 unique features.

“The History of Hachioji Ramen”

“Why did Hachioji Ramen use ‘Kizami Negi’ (thinly sliced onions) as one of their main toppings?”

In 1959, a delicatessen shop located in a local ward had to move due to a land reconstruction program. Since the relocation will move their shop further away from the local train station, the main source of traffic, they decided that continuing the delicatessen shop would become difficult.  After thinking it over  the owner decided to open up a ramen shop instead. 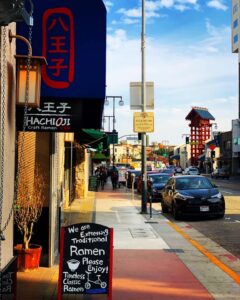 The owner thought to himself, in order to do this the ramen has to be special and unique enough so that the customers will make their way down to the restaurant to eat the ramen.

After many trials and errors the owner still could not think of a good idea to make his ramen stand out from the rest of the ramen. One day while on a business trip to Hokkaido, he decided to eat at a local ramen shop. There he met the ramen that inspired the Hachioji ramen. The “sliced onion ramen.” The first impression he had was that the ramen had good texture from the crunchy onions and chewy noodles. But he found the onions to be too spicy for his taste and did not think he could sell it at his restaurant. He saw room for a lot of improvements that he could make to make this ramen even better and fit for his shop. This is where he got the inspiration for the Hachioji Ramen we know today.

The problem of the Hokkaido ramen was that the raw sliced onions were too spicy and overpower the taste of the ramen.

In order to prevent this, he tried many things when he got back to his store in Tokyo. After many tries he figured out the perfect ingredient that would still keep the onions crunchy for the texture but also make them more aromatic and sweet so the spicy onion flavor would not disrupt the rich flavor of the ramen. This key ingredient was a thin layer of oil on top of the ramen.

The onion and oil combination was a perfect topping combination for the ramen and all of the local shops started to implement their ramen with oil and onions as well. As time passed on different methods for implementing the oil came up as well. A local Hachioji noodle shop even made specialized noodles so the ramen could become even better. As these methods spread it started the famous Hachioji Style Ramen we know of today. 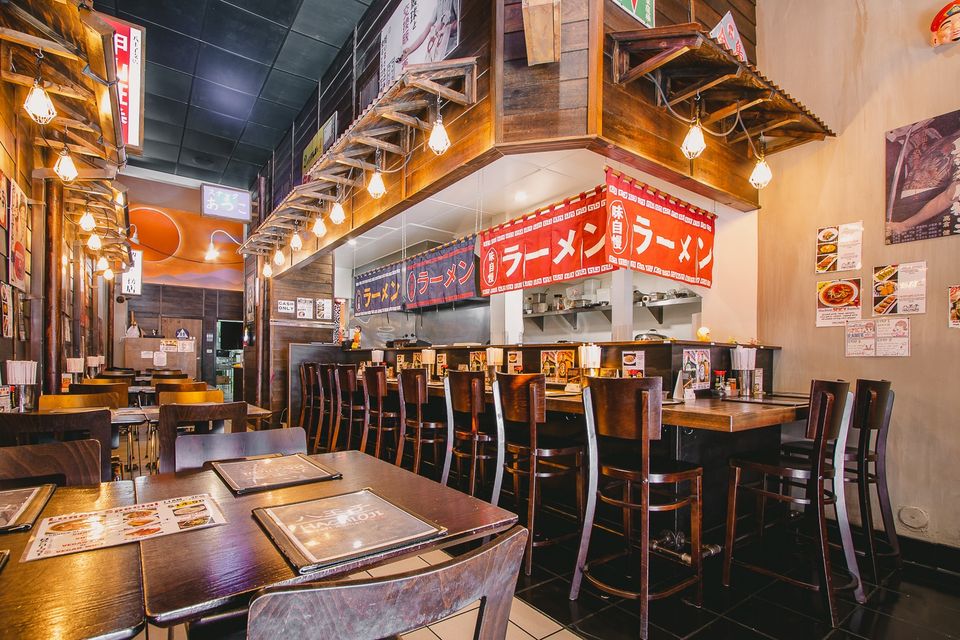 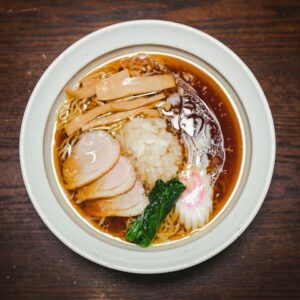 The soy sauce broth based ramen with sliced onions is still the mainstream of Hachioji ramen shops. Regardless of age or gender, the timeless taste has gained tremendous support from the people. In order for everyone to enjoy the taste of  Hachioji Ramen, Takaaki Koyama, who is a local of  Hachioji, opened his own Hachioji Ramen restaurant “Hachioji craft Ramen” here in Little Tokyo, LA.