Curry is a popular dish in Japan, loved by people of all ages and both genders.

So how did it get to Japan? And how did it become the curry rice we know today? Here is the story behind the birth of curry in Japan. 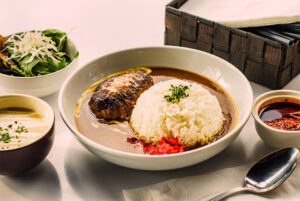 The Arrival of Curry

It is said that Japanese people first encountered curry in 1863 . The year was 1863, when Japan was still in the throes of the Emperor’s expulsion of the barbarians, and an envoy sent by the shogunate to Europe boarded a French liner. One of the passengers, an Indian, was eating curry and rice.

In the journal of Hidekiyo Miyake, who accompanied the delegation at the time, he wrote, “I put some fine chili peppers and a kind of potato sludge on the rice, stirred it around with my hands, and ate it with my hands. It’s a very dirty thing for an innocent person. Apparently, curry and rice did not look like a very tasty food at that time.

It is said that curry was introduced to Japan from England in the early Meiji era. At that time, curry was made with curry powder, which had already been invented in England, and thickened with flour to create a British style curry.

At the time, curry was considered a luxury western food. However, with the publication of “Seigaku-do’s Western Cooking Guide” in 1860, which describes how to make curry, many cooks came to know how to prepare it, and many Japanese began to eat it because it was a dish made by pouring soup over rice, reminiscent of a bowl of rice familiar to the Japanese. The birth of curry had a great impact on Japanese food culture. The introduction of curry led to the use of ingredients such as pork, potatoes, and carrots, which were previously rarely eaten by the Japanese.

A few years later, towards the end of the Meiji era, Jiyuken was established as Osaka’s first Western restaurant. Jiyuken was the first Western restaurant to be established in Osaka, and introduced beefsteak, which was considered to be “high-culture” at the time, to the Naniwa people. Of course, they also served curry. And so the famous curry was born.

The difference between Japanese curry and Indian curry

Speaking of the characteristics of Japanese curry, it is the seasoning of roux and the number of ingredients that can be put in the curry. 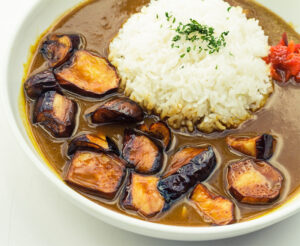 The characteristic of Indian curry is the variety and number of spices.Spices are also used in Japanese curry, but it is said that the taste and aroma are impaired because it is made into powder and solidified.

The main spice used in Indian curry is the whole spice which is not powdered.It is made with several kinds of spices, such as capsicum, turmeric, cumin seed, cinnamon, coconut, etc., so you can eat deliciously without taking the time to put to sleep one night or hidden flavors like Japanese curry. 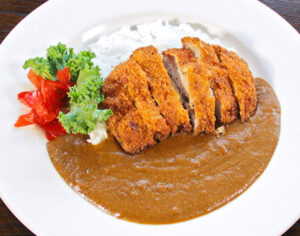