“Umami” is indispensable for Japanese food. When you hear the word “Umami”, you think of the gentle taste of dashi, but the “umami” that is currently attracting worldwide attention is not just the flavor that indicates deliciousness.

Originally, there were four basic sensory tastes. Sweetness, saltiness, acidity, and bitterness, and it has been said that the taste of food is determined by these. A new addition to this is the fifth taste, “umami.” It turns out that all ingredients have a certain degree of the “umami” essence in them. When we think of umami we generally gravitate towards Japanese foods and because it is a Japanese word. “umami” comes from ingredients such as kelp and bonito, which is commonly used in Japanese cuisine but “umami” is  actually   in various different cuisines and not only Japanese foods. 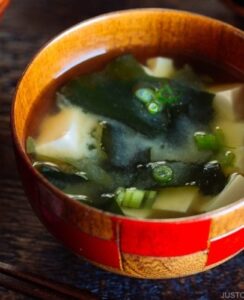 It has become clear that ingredients such as cheese, tomatoes, and bacon, which are popular around the world, contain plenty of “umami” essence inside them. Fermented and aged foods from all over the world also contain a bunch of “umami”.  Throughout time, people have devised ways to increase umami in their food and eat deliciously without even realizing it.

It is only recently that umami has been scientifically proven and recognized worldwide. People have come to be aware of “umami” and develpoed cooking methods that make the best use of the taste of ingredients without relying too much on seasonings. Now that a new “flavor” has been introuduced a new world of food is about to begin. That is why the world is paying attention to “umami”.

What is the umami ingredient?

So what is umami? Scientifically speaking, there are three types of “umami ingredients” as follows.

The first is glutamic acid, an amino acid found in many ingredients such as vegetables, prosciutto, kelp, and cheese. The second is inosinic acid, which is abundant in meat and fish, and the third is guanylic acid, which is contained in dried shiitake mushrooms and seaweed. The taste of salts in which sodium and potassium are combined with these 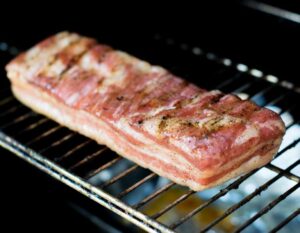 ingredients is defined as an umami substance.

It was a Japanese scientist who discovered umami. Dr. Kikunae Ikeda formerly Tokyo University professor noticed that tofu soaked in kelp has another taste that cannot be explained by the four tastes of sweetness, saltiness, acidity, and bitterness. Then, in 1908, he discovered that kelp contained the same ingredients as those found in tomatoes, cheese, and bacon. That is glutamic acid, which is the main ingredient of the taste of kelp soup stock. He named this “umami”.

In 1913, Shintaro Kodama discovered that the umami of dried bonito was inosinic acid, and Dr. Akira Kuninaka discovered guanylic acid. Almost 100 years later, it became a fact recognized in the world.

We also know that umami has a synergistic effect. Incorporating two different umami at the same time will increase the umami many times.

For example, when tomatoes and bacon are used together in cooking, they feel many times more delicious than when they are tasted individually.

This action that occurs in the combination of “glutamic acid x inosinic acid” or “glutamic acid x guanylic acid”. We notice that the menus we eat often have this structure. Boiled Chikuzen, meat potatoes, sashimi with radish, or dried bonito flakes. I used the effect of unknowingly increasing umami.

The best example is the combination of kelp and dried bonito flakes. Kombu is the top food that contains the highest amount of glutamic acid, and dried bonito is an ingredient that contains a large amount of inosinic acid. It’s a golden combination. In one experiment, it is said that this synergistic effect gives 7 to 8 times more umami than when each ingredient is tasted individually. 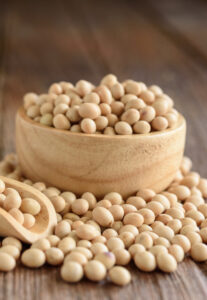 The discovery of umami has shown to the world how Japanese food is a dish that makes the most of umami. It is no

exaggeration to say that Japanese food based on dashi is “a dish that is based on umami.” The taste and aroma of the ingredients themselves are retained to make the dish delicious. It can be said that it is a food culture that was nurtured because of the four seasons and the rich climate of Japan.

Furthermore in Japan, ingenuity has been made to ferment and age the ingredients for long-term storage. Seasonings such as miso, soy sauce, and vinegar, as well as natto and pickles. Umami is increased by decomposing the protein of the material by utilizing the action of bacteria and mold.

Overseas, there are various soup stocks that make the best use of umami, such as bouillon in France and hot water (tan) in China. However, it is said that the taste of the ingredients themselves is difficult to obtain because many dishes use dairy products such as fresh cream and butter and oil to bring out the taste and richness. If the idea of ​​”umami” is added to that, it may change to a healthy cooking method that makes the best use of the taste of the ingredients by suppressing seasonings and oils. The discovery of umami has the potential to have a positive effect not only on taste, but also on human nutrition and health.