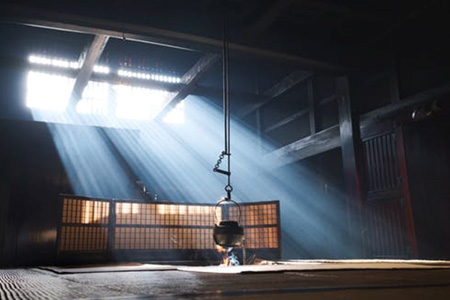 Japanese food was registered as a UNESCO (United Nations Education, Scientific and Cultural Organization) Intangible Cultural Heritage in December of 2013. Under UNESCO, it was registered as the traditional dietary culture of the Japanese. Japanese food, making the most of the flavor of its ingredients and allowing diners to enjoy fresh, seasonal flavors, is garnering attention all over the world. This article will explain the history of Japanese food and how it has changed with each generation.

Rice has been a staple of Japanese food for 2,400 years?

Rice is the staple food for Japanese people. Rice farming was introduced to Japan roughly 3,000 years ago by travelers from the lower reaches of China’s Yangtze River and the southern portion of the Korean Peninsula. Japan’s climate is suitable for rice farming and they farmed in groups in areas we know today as Fukuoka Prefecture and Saga Prefecture.

Japanese people of the time (the Jomon) had experienced difficulties obtaining food from natural sources due to climate change. They learned the techniques from the travelers and began farming rice themselves.

Rice farming made its way across Japan approximately 2,400 years ago. It was around this time that rice became a staple food and, not just the consumption of rice, but eating it with side dishes was also established. Plants like rice, barley, wheat and soy, fruit like peaches, plums and persimmons, meat like boar and deer, and seafood like sea bream, tuna and shellfish have all been found in excavations of remains from that time period.

They couldn’t eat beef or chicken due to a meat-eating prohibition? A culture where meat was avoided for 1,200 years began

Even amidst that prohibition, Japanese food continued to develop. Approximately 1,200 years ago, a premiere style of cuisine used to entertain the emperor and his relatives was developed. Influenced by China, the meal was one where several types of small plates were placed on a large table. Fish or dried foods would be cut and lined up on the table, along with small plates filled with seasonings like vinegar or salt. It was a style where one could eat while flavoring the food as one liked. Approximately 900 years ago, monks dissatisfied with Buddhist teachings studied Zen in China, then introduced shojin ryori to Japan. Shojin ryori consists of avoiding meat and using vegetables as ingredients, cooking with ingenuity to create a flavor close to that of meat. Ingredients with a strong impact like soy and wheat flours, miso paste and vegetable oils are used to make something close to the strong flavor that meat-based ingredients have. The chefs were monks and the word shojin also means “to train,” so it was what they ate while training. Approximately 450 years ago, Sen no Rikyu established tea ceremony. Warriors who had spent their time fighting looked for a way to calm their minds, allowing tea ceremony to spread through Japan. Kaiseki ryori was created to enjoy eating before drinking tea without being bound by stiff etiquette.

The introduction of western culture brings the return of meat consumption

Around 150 years ago, Japan’s policy of isolationism keeping foreign countries out was abolished, allowing for western culture to sweep into Japan. Further, the prohibition on the meat consumption was abolished. This started a culture of eating meat which included sukiyaki, Indian curry and croquettes with their roots in French cuisine. Beef, however, was not eaten as steak, but was prepared in a pot. Indian curry was changed to better suit Japanese people by pairing it with rice and making the flavor more mellow. Croquettes, as well, were made with potatoes to better suit the palette of the Japanese. The changing of the West’s dietary culture to suit the tastes of Japanese people allowed Japanese food to develop to its current state, rich with variety.

Why the world views Japanese food as healthy

Japanese food has a long history. A prohibition on meat consumption brought about the ingenuity to be able to supplement protein from other sources. As a result, a healthy and nutritionally balanced eating style using fresh ingredients that differ from season to season was established. It’s prepared in the hope that diners will enjoy partaking in delicious food, with care given to plating, color and flavor. At the Bishamon Group, we run a restaurant in California that serves authentic Japanese food. To those who might want to experience Japanese culture and history, even while in America, we ask that you might pay us a visit.