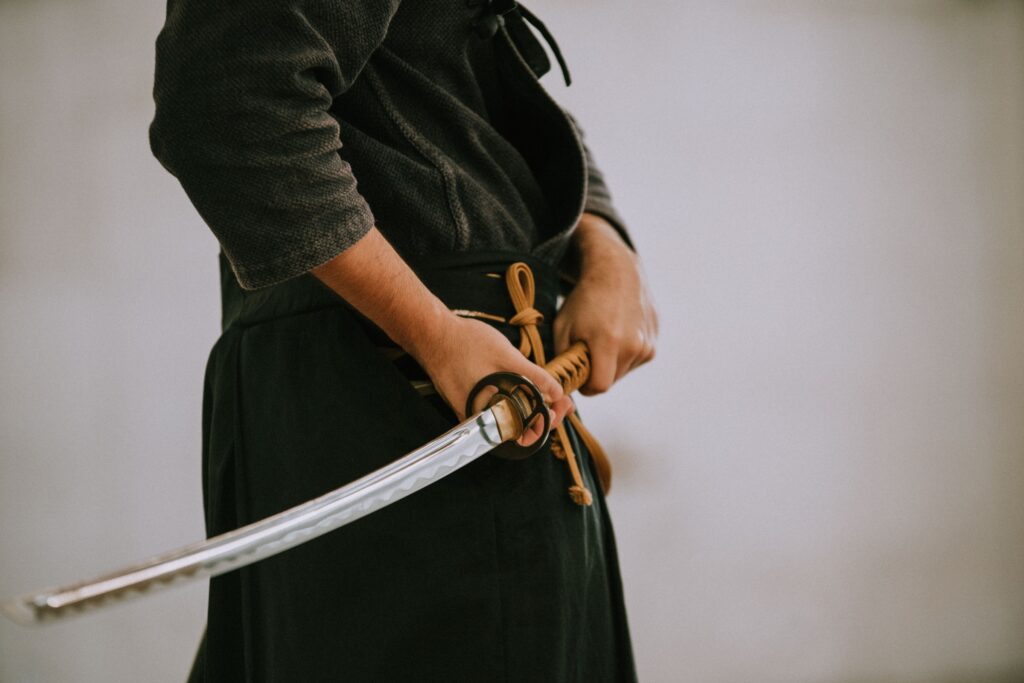 We’re sure there are many people who think of Samurai when they hear the word “Japan.” With their characteristic hairstyles and katana (Japanese sword), Samurai have been featured in many anime and manga.

Samurai existed in the Japan until just a 150 years ago, not just in anime. This time, we’re going to talk about when these warriors lived, and what sort of things they did. We’ll also go into detail on Bushi and Ninja, who fought for a living much like the Samurai.

What is a Samurai?

Samurai were all over Japan until the latter-half of the 1800s, when it became illegal for civilians to carry katanas (Japanese sword). The typical style for a Samurai was to wear a “hakama,” traditional Japanese clothing, to have their hair up in a characteristic topknot and to carry a katana (Japanese sword).

What’s not well known, even among Japanese people, is that Samurai were not originally warriors. The word “Samurai” has its origins in a Japanese word meaning “to watch over,” and was used as a general term for those who were in the employ of nobility.

The meaning of ”Samurai” changed with the times, and while there are differing opinions on when exactly it came to carry its current meaning of a person who carries a katana and fights, it’s said to have taken that meaning from the latter half of the 1500s.

Bushi: What are they? How are they different from Samurai?

Bushi were male warriors who were similar in appearance to Samurai. So, what‘s the difference between the two?

The word “Bushi” was originally used for people whose primary occupation was combat. Regardless of whether they were in the employ of nobility like Samurai, those who carried a katana (Japanese sword) and fought for a living were Bushi.

Bushi got their start all the way back in the year 743. The law put into effect in that year stated that those who newly cleared land could claim it as their own. People took up arms and formed bands of warriors, basically self-defense groups, to keep others from stealing the land they had cleared. The members of these groups were known as “Bushi.”

What was this “Bushido” that these bushi honored?

Many of these Bushi, including Samurai, honored a unique sense of ethics called “Bushido.” This Bushido is one of the reasons that Japanese Bushi garner attention even now.

Bushido is a moral code that dictates just what sort of a person a bushi should aspire to be. Some of the core ideas of Bushido are righteousness, where justice is to be carried out and selfishness abstained from, and sincerity, where promises are to be kept and lies are not be told. It was believed that cowardly acts, like winning by tricking your opponent, should not be done.

Those who violated this spirit of Bushido were generally not regarded as true Bushi, regardless of how strong they were. Those who hoped to be recognized as true Bushi needed to have both strength in battle and a strong sense of humanity like what was described in Bushido.

Ninjas: Specialists in espionage? What are they?

Just like Samurai and Bushi, Ninjas are known as a warrior unique to Japan. Ninjas were those who used special combat techniques called “Ninjutsu” and engaged in things like espionage. Working for people like military commanders, they engaged in a wide variety of activities, like spreading false information to confuse opponents and stealing items under the veil of secrecy.

Ninjas who engaged in espionage could not have their secret strategies exposed and not many writings about the truth of Ninjas remain, so even now not much is known about their true identities or their Ninjutsu.

Bushi is a general term for those who carry a katana (Japanese sword) and fight for a living. Samurai is a term for, strictly speaking, bushi of a high social standing who are in the employ of nobility.

On the other hand, there is much that is not known about Ninjas, even today. It’s said that they used a variety of different techniques in their work, including magic, psychology and astronomy.

There have been many stories written about Samurai, Bushi and Ninjas in various works, such as manga and novels. While there are portions that have been fictionalized, it’s one of the easier opportunities to learn more about them, so we recommend giving these stories a look.