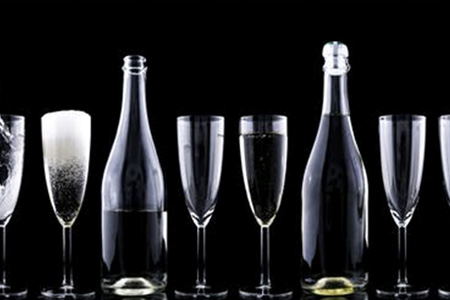 Known as nihonshu in Japan, sake is one of Japan’s most well known products and is loved for its superb mouthfeel and quaffability. Although it goes well with cuisine from different countries, there are probably many people out there who still wonder what, exactly, sake is.
If you like sake but aren’t sure about how it is made, then this article is for you. It introduces the different ways in which sake is made and what makes it different from other alcoholic beverages, so next time your friends or family members ask you what sake is, you will be able to explain aspects of the drink such as its flavors and characteristics.

It is said that each country and ethnic group has its own range of alcoholic beverages, but generally speaking all such beverages are produced using one of the following three methods.
The first method is brewing, as used in the production of sake and other drinks like beer and wine. Brewed drinks are produced by fermenting rice, barley, grapes, or other such grains and fruits. Sake is in this category as it is produced by fermenting rice.
The second method is distilling, which is used to produce beverages with a high level of alcohol such as whisky and brandy. Distilling involves heating brewed drinks to evaporate the alcohol and then cooling it so it condenses back into a liquid to achieve a high strength.
The third category of drinks is mixed drinks including liqueurs. Drinks in this category are brewed or distilled products to which aromas, flavors, sugars, coloring, and other such ingredients have been added.
Liqueurs used in cocktails are typical of the drinks in this category.

The ingredients used in sake

The main ingredients used in the production of sake are rice, water, rice malt (a type of mold that acts to turn starch into sugar), yeast fungus (bacteria that breaks down sugar and causes it to undergo alcoholic fermentation), and lactic acid bacteria.
Sake is created by adding yeast fungus with different actions to rice and water. As rice contains no sugars, rice malt is used to turn its starch into sugar, and then yeast fungus and lactic acid bacteria are added to induce alcoholic fermentation and ultimately produce sake.
However, from high quality sake for drinking to kitchen sake for use in cooking, sake has a broad range of uses, and as such the following ingredients are added depending on the intended use and quality of the sake.
Brewers’ alcohol / amino acids / flavorings / acidulants / sugars
From reasonably priced to luxury, a wide range of sake is available for purchase, and although it is all sake, the flavor varies depending on the type of rice and water used as well as small differences in the production process.

Generally speaking, there are three different types of sake: junmaishu, ginjoshu, and honjozoshu. This section introduces the characteristics of each type.

Junmaishu brings out and emphasizes the flavor of rice. It is made from rice, rice malt, and water, and retains the original taste and rich flavor of the rice. In contrast to the ginjoshu and honjozoshu described below it does not contain brewer’s alcohol. For those who wish to savor the original flavor of rice, this is the perfect method of production.

Ginjoshu has a smooth and refreshing flavor, and is produced using a process whereby brewer’s alcohol is used and rice is heated and fermented at a low temperature for a long period of time, having first been milled to remove the bran that is thought to be a source of unpleasant taste. The degree to which the rice has been milled is expressed as a percentage, and is called the milling rate.
Ginjoshu can be further divided into two categories depending on the milling rate.
Ginjoshu: milling rate of 60% or lower  Daiginjo: milling rate of 50% or lower
The lower the milling rate, the greater the number of surface layers of that have been ground off the rice. The reason that rice is milled is because it is thought that the starch and protein in the surface layers cause an unpleasant taste. There is also a type of ginjoshu that doesn’t use brewer’s alcohol, and in such cases it is clearly stated on the bottle as follows.
Junmaiginjo: Does not contain brewer’s alcohol, milling rate 60% or lower   Junmaidaiginjo: Does not contain brewer’s alcohol, milling rate 50% or lower
So that consumers can enjoy its refreshing and fruity aroma, it is recommended that ginjoshu be consumed either chilled or at room temperature.

This type of sake has a light, smooth taste. It is made using rice with milling rate of 70% or lower and brewer’s alcohol, and while the fact that brewer’s alcohol is used is the same as ginjoshu, here the rule is that the amount used should be less than 10% of the weight of the rice used. Honjozoshu that is made with rice with a milling rate of up to 60% is referred to as special honjozoshu. As the amount of brewer’s alcohol in honjozoshu is low, it has a similar flavor to junmaishu. Honjozoshu is unique in that it enables those who drink it to enjoy a smooth flavor of the rice while also being dry, light, and refreshing. As its mouthfeel changes depending on the temperature it is served at, honjozoshu can be enjoyed chilled or heated.

There are a range of variations when it comes to sake, achieved through things including the way rice is milled and the production method. While traditional production techniques are naturally still in use, there are also sake producers who conduct research into new flavors using cutting edge technology. There are many elements that result in differences in flavor, such as the type of rice and water used, heating method, and milling rate. Having gained an understanding of the unique production methods described here for junmaishu, ginjoshu, and honjozoshu, you may be surprised by the differences in flavor that can be achieved, so why not try these various types of sake to decide for yourself which one you like best?